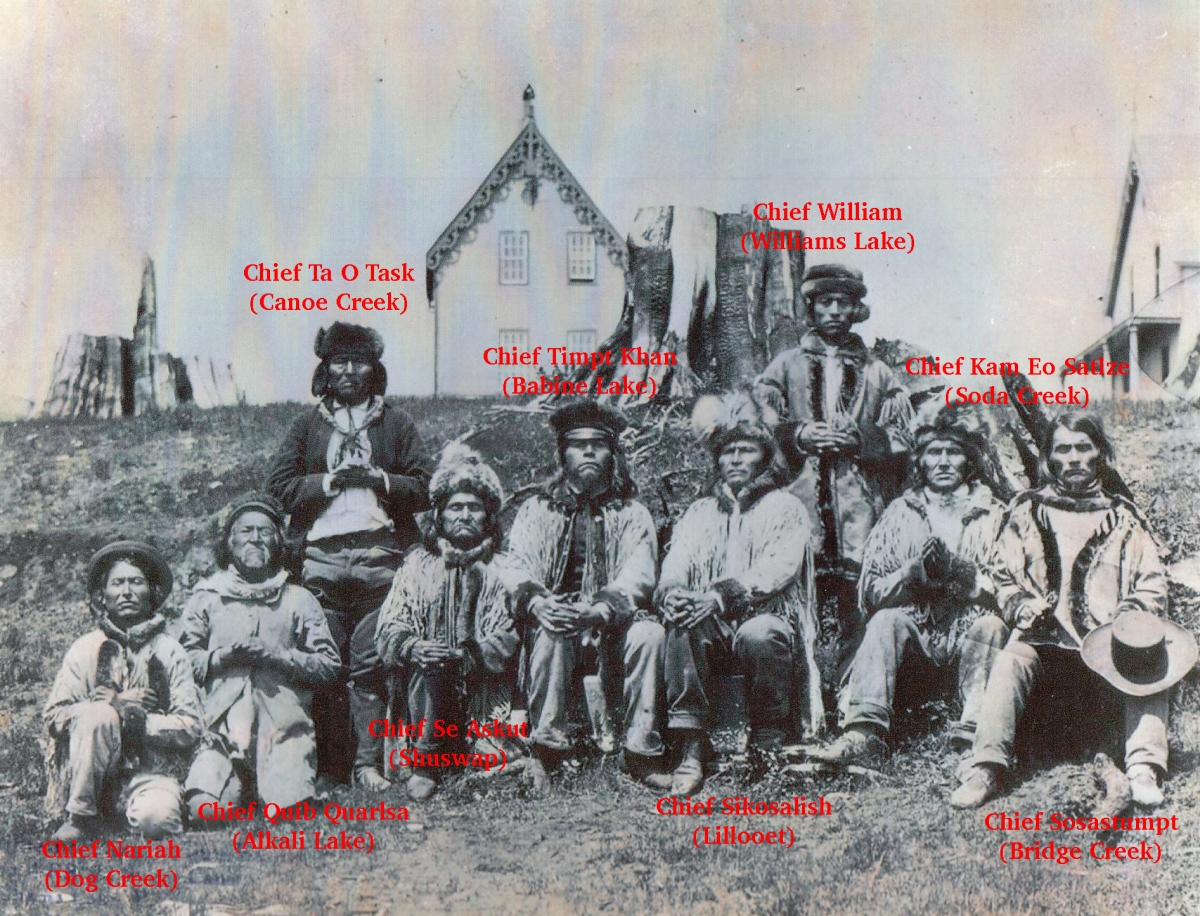 The Northern Secwepemc te Qelmucw (NStQ), or ‘Shuswap people of the north’ have occupied their traditional territory since time immemorial. As an Interior Salish people, their vast traditional territory extended from the Rocky Mountains in the east, south towards what are now Cache Creek and Lilloet, as far west as Alexis Creek and north, nearly to what is now Quesnel. The land is called Secwepemcúl’ecw, and allowed the people to be entirely self-sufficient. Utilizing a network of temporary camps and permanent winter villages, they developed a highly sustainable web of interaction and connection with the land, people and resources.

The seasonal round involved wide-scale movement on the land, to be able to hunt, fish, plant harvest, berry pick, perform ceremony, and trade as necessary. The traditional knowledge required to survive was well known, and has been recorded on the landscape through place names, stories, and legends passed on through families orally.

I am an Indian Chief and my people are threatened by starvation. The white men have taken all the land and all the fish. A vast country was ours. It is all gone. The noise of the threshing machine and the wagon has frightened the deer and the beaver. We have nothing to eat. My people are sick. My young men are angry. All the Indians from Canoe Creek to the headwaters of the Fraser Say:

“William is an old woman”

I am old and feeble and my authority diminishes every day. I am sorely puzzled. I do not know what I say next week when the chiefs are assembled in a council. A war with the white man will end in our destruction, but death in war is not so bad as death by starvation.

The land on which my people lived for five hundred years was taken by a white man. He has crops of wheat and herds of cattle. We have nothing, not an acre. Another white man has enclosed the graves in which the bones of our fathers rest and we may live to see their bodies turned over by his plough. Any white man can take three hundred and twenty acres of our land and the Indians cannot touch an acre.

Her majesty sent me a coat, two ploughs and some turnip seed. The coat will not keep away the hunger, the ploughs are idle and the seed is useless because we have no land.

All our people are willing to work because they know they must work like the white man or die. They work for the white man. Mr. Haines was a good friend. He would not have a white man if he could get an Indian. My young men can plough and mow and cut corn with a cradle.

Now, what I want to say is this: THERE WILL BE TROUBLE, soon.

The whites have taken all the salmon and all the land, and my people will not starve in peace. Good friends to the Indian say that Her Majesty

loves her Indians subjects and will do justice.

Justice is no use for a dead Indian.

They say: “Mr. Sproat is coming to give you land.”

We hear he is a very good man but he has no horse. He was at Hope last June and he has not arrived here. Her Majesty ought to give him a horse and let justice come fast to the starving Indians. Land, land, a little of our own land, that is all we ask from her Majesty. If we had the deer and the salmon we could live by hunting and fishing.

We have nothing now and here comes the cold and the snow. We can make fires to make people warm – that is what we can do. Wood will burn.

We are not stones.